This month, we will be working to generate a lot of calls and e-mails to Congressional offices to protect tax credits for low-income working families. While we will urge everyone in our action network and those on our November 10 conference call to e-mail and call the receptionists in their Senate and House offices (see the Tax Credit Action Flyer to give out at meetings, or tailor the Word version to urge others to directly call your policymakers), we urge your RESULTS group to coordinate so that one member uses these talking points to talk directly to the tax aide in each office using the talking points below. Have limited capacity? Focus on your senators and those in the Senate/House leadership.

The Fate of the EITC and CTC Hangs in the Balance

After the November 6 election, Congress will start making decisions on policies that impact millions of low-income, working families. Front and center is the fate of recent improvements to the Earned Income Tax Credit (EITC) and Child Tax Credit (CTC). In recent years, long-overdue improvements to the EITC and CTC were enacted, so as to help more low-income families. These changes alone lifted 1.6 million people out of poverty in 2010 (out of 9.2 million total lifted out of poverty by the EITC and CTC in 2010). However, if Congress does not act, these improvements will expire at the end of 2012, putting millions of Americans at risk of falling deeper into poverty.

In addition, some members of Congress have proposed cutting back or even eliminating the EITC and CTC to help reduce the deficit while at the same time proposing new tax cuts for the wealthy. All major deficit reduction efforts in the past included specific protections for anti-poverty programs. Congress must continue this tradition by including a principle specifically protecting the EITC and CTC from cuts in any deficit reduction/tax reform framework.

When members of Congress returns to Washington on November 13, they will likely start working on a plan to resolve these issues. At this point, we expect Congress will attempt to temporarily extend all or some of the Bush tax cuts during the Lame Duck session (or let them expire and reinstate them in early January). We do not know if the EITC and CTC improvements will be included in this extension. The extension will likely include a framework with instructions to key committees to begin working on broader deficit reduction/tax reform legislation in 2013. Therefore, not only must we ensure that the improvements are extended; we must also make sure any tax reform framework includes specific language protecting the EITC and CTC during deficit reduction negotiations. Otherwise, we could win the battle but lose the war, i.e. get a temporary extension of the improvements only to see the EITC and CTC drastically cut in deficit reduction.

Over the summer, many RESULTS volunteers met with tax aides in Washington, DC during the RESULTS International Conference. It is time to reconnect with those aides and reiterate the message we’ve been pushing all year—protect working families by protecting the EITC and CTC. Talking to key aides will bring these issues to the fore with your members of Congress and could make the difference in what happens to the EITC and CTC over the next year and beyond.

When talking to the tax aides for your representative and both senators, use the information below from the Center on Budget and Policy Priorities (CBPP) to demonstrate how many families and children in your state would be impacted (by losing all or part of their EITC or CTC) if the recent EITC and CTC improvements expire on December 31. 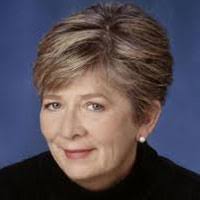 To help build grassroots support for protecting the EITC, CTC, and other anti-poverty programs, RESULTS is hosting a national outreach call with renowned author and activist Barbara Ehrenreich on Saturday, November 10, at 12:30 pm ET. Ms. Ehrenreich has written extensively about low-income families in America. In her book Nickel and Dimed, Ms. Ehrenreich spent time working in low-wage jobs to investigate what life was like for the working poor. Currently, she is a regular columnist with The Progressive and has also written for Time Magazine, The New York Times, Mother Jones, The Atlantic Monthly, and other publications.

Please urge others to attend this important event, whether they are local or want to dial in from another location across the country. To connect to the call from a different location, RSVP online at: http://tinyurl.com/RESULTSCallNov2012.