The new Congress is at work in DC, and THIS WEEK they are expected to vote on a budget proposal that paves the way for immediate repeal of the Affordable Care Act (ACA) including the critical expansion of Medicaid for millions. As an anti-poverty organization, RESULTS is joining many others in opposing repeal of the ACA and Medicaid expansion without immediately replacing it – repealing health coverage for millions could have a devastating impact on millions of low-income American families. Join us by calling Congress TODAY with the #ProtectOurCare campaign call-in.

Eight years ago, RESULTS advocates worked hard to ensure that health reform legislation included an expansion of coverage and services for low-income Americans. More than 16 million low-income people have received access to health care coverage because of the expansion of Medicaid, and dismantling the ACA without a strong replacement could be devastating impact.

TAKE ACTION NOW: Call each of your senators and representative at (800) 826-3688. Tell them that you are a constituent who cares about poverty and you want them to oppose legislation that includes repealing the ACA and Medicaid expansion without a strong alternative.

Let’s make our voices heard – and please share this email with others urging them to call in as well!

PS: After you’ve called your senators to #ProtectOurCare, can amplify the message in local media using our letter-to-the-editor tool (before and after upcoming votes) to hold policymakers accountable. 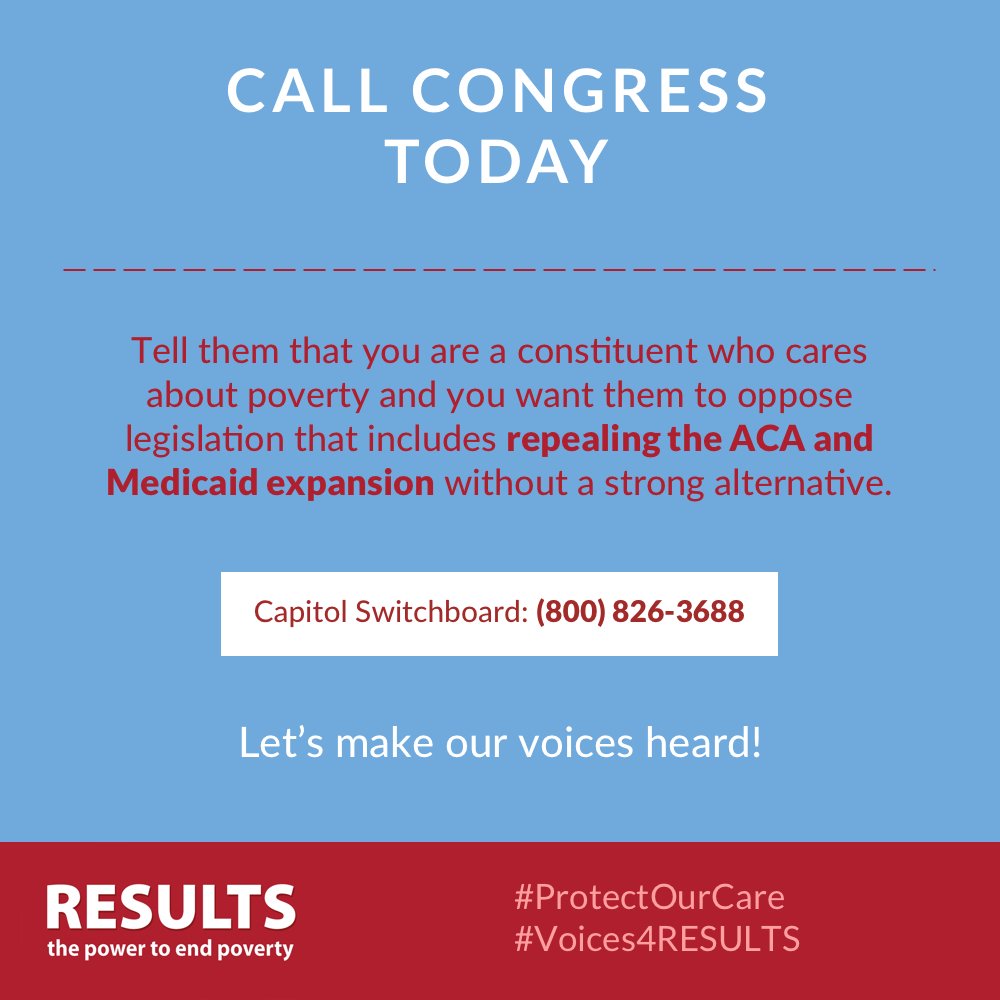