This blog was cross-posted from malala.org. 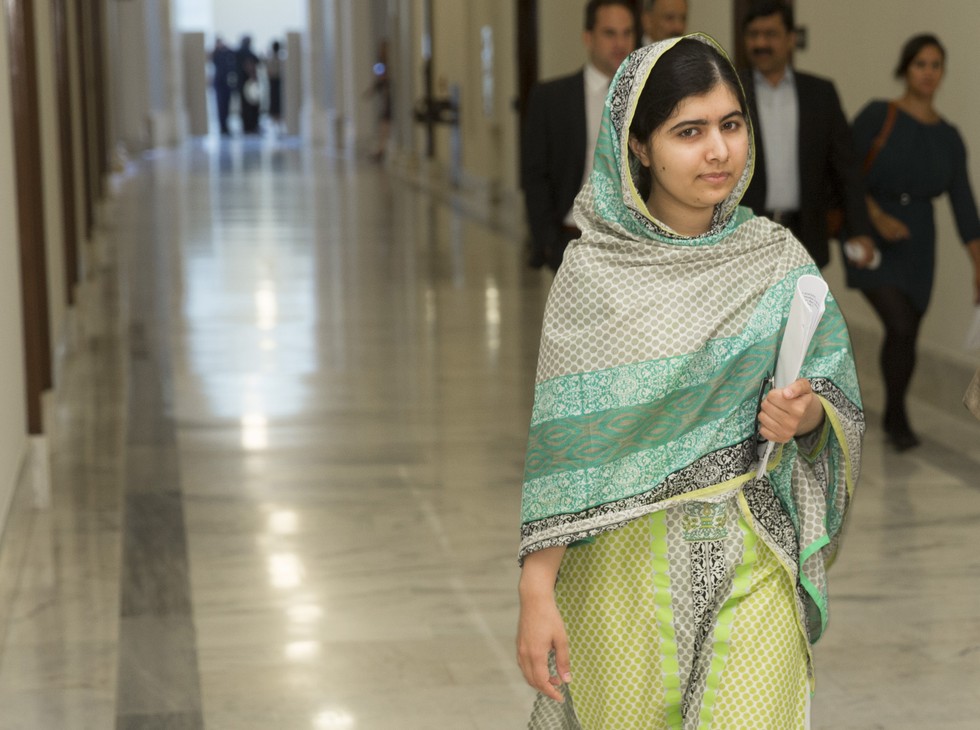 Malala Yousafazai walks to a meeting with a member of the U.S. Senate in Washington. Photo credit: Joshua Roberts/Malala Fund

“U.S. politicians have a choice to make: they can either invest in military and war or in education and hope. Without education it’s impossible to achieve the peace we all seek. Education for all is the only answer,” she said.

I was lucky to spend the day going door to door on Capitol Hill with Malala, her father Ziauddin, and Malala Fund president Meighan Stone. And I’m lucky do the same work year round with RESULTS and our network of passionate, committed volunteers across the country.

The U.S. federal budget is a moral document: where we spend our money is a good indication of what we prioritize as a country. RESULTS advocates push for global education funding year in and year out, but Congress is deciding right now what we’ll spend our money on for next year. And that’s why Malala’s message to decision makers this week is more important than ever.

She was pushing for a bold commitment from international leaders to provide 12 years of free, compulsory, quality education for all children and youth, in every country, by 2030. She highlighted the importance of girls’ secondary education in the First Lady’s “Let Girls Learn” initiative.

And she reminded Congress of the critical role the U.S. must play in the Global Partnership for Education (GPE), the world’s only international partnership dedicated to achieving education for all children – and the urgent need to increase U.S. funding for GPE to $125 million per year.

Our meetings on Capitol Hill reached across the political spectrum, looking at the role the United States can play in supporting quality education for every child.

Malala met first with Senator John McCain. He thanked her for her “incredible courage” and assured her he would talk with his colleagues about the importance of U.S. funding for global education. With Senator Dick Durbin, she noted how education for women is slowly becoming less of a taboo in her home country of Pakistan.

Like Malala, they are using their voices to change the world. 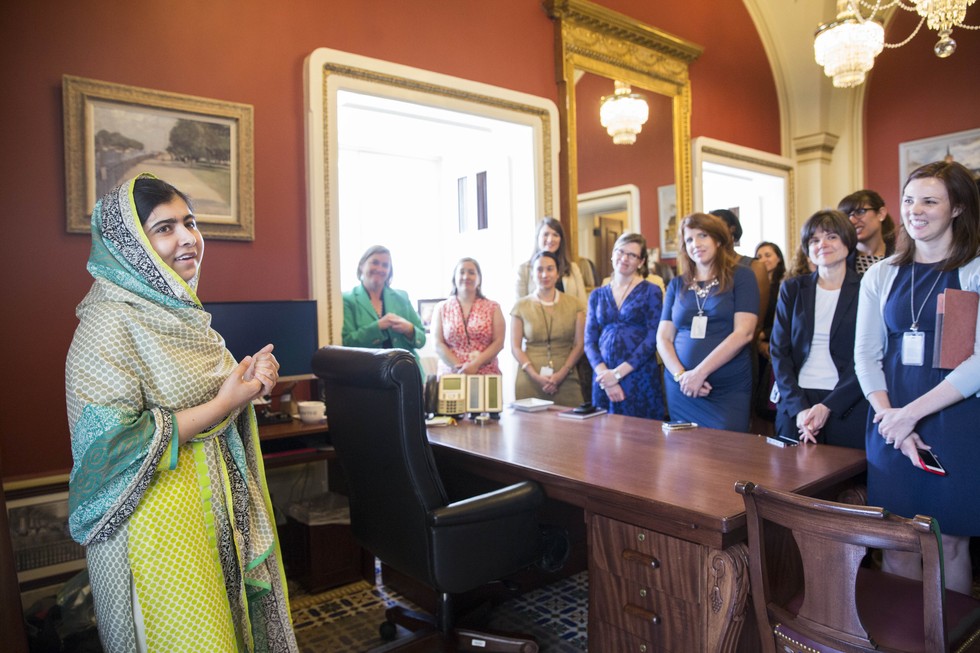 Malala speaks to staff members of the U.S. House and Senate in Washington on Tuesday. She is in the United States to advocate for girls’ education with the Malala Fund, the non-profit organization she co-founded. Joshua Roberts/Malala Fund

Malala’s meeting with Representatives Kay Granger and Nita Lowey – the top Republican and Democrat on the subcommittee that determines the budget for global development, including education – was particularly moving. A longtime education champion, Representative Lowey teared up when she met Malala. During a conversation about Pakistan and the continued challenge of getting girls into secondary school, Representative Granger remarked that perhaps the education opponents were afraid that girls would turn out like them: three strong women who stand up for themselves and others.

At a reception with a group of high-level women congressional staff, Malala said she was excited to see such a large number of powerful women together in one room. In all her travels around the world, she said it is still not very common to meet many women in influential political positions.

Later in the day, Minority Leader Nancy Pelosi asked Malala how she became so brave.

Even as she graciously stopped to take photos throughout the day, she kept repeating that each of us has the power to spread our wings and take action. She thanked me for the efforts of citizen advocates like RESULTS volunteers, and their tireless work to enact her vision of a world where every girl can safely receive the education she deserves.

“It’s up to every person to get involved to achieve real change,” Malala said. “I was meeting with U.S. politicians on Tuesday, but there are so many powerful activists that raise their voices every single day. We are part of a global community of advocates that are fighting for education to change the world. Together we can continue to raise our voices for the right of every child, especially girls, to get quality education for free.”

She’s right. Each of us has the power to change the world. And, together, we will.