The most recent poverty data from the U.S. Census showed more than 46 million Americans were living in poverty in 2014, including over 15 million children. Fortunately, the Earned Income Tax Credit (EITC) and Child Tax Credit (CTC) lifted 9.8 million people out of poverty in 2014, including 5.2 million children. Congress passed a bipartisan tax package in December 2015 that saved key EITC and CTC provisions before they expired — the most important anti-poverty policy change in the last two decades, next to health care reform. Let’s build on that proposal by expanding the EITC, as House Speaker Paul Ryan and President Obama have both proposed.

Use these talking points to write a letter to your members of Congress urging them to expand economic mobility by expanding the EITC for low-income workers without children:

Note: To find contact information for members of Congress, visit our Elected Officials page at: http://capwiz.com/results/dbq/officials/. For other advocacy tips, check out our Activist Toolkit at: https://www.results.org/skills_center/activist_toolkit/.

At the start of 2014, RESULTS launched an overarching multi-year campaign focused on Creating Economic Mobility: Building Ladders out of Poverty. Our goal through the campaign is to enact policies that:

Last month, the RESULTS Board of Directors approved our 2016 campaign proposal during their meeting in Washington, DC. We will continue our multi-year Economic Mobility Campaign, focusing on Building Financial Stability and Combating Wealth Inequality. In evaluating our campaign strategies, we will put an explicit emphasis on the drivers of the racial wealth gap as a root cause of poverty. While there is not much opportunity to move policies this election year, the possibility of tax reform in 2017 offers opportunities to enact asset-building policies and address wealth inequality along with an expansion of the EITC. As part of our Economic Mobility campaign, this month we’ll build bipartisan momentum to expand the EITC for childless workers. By the time of the RESULTS International Conference (June 25-28), we’ll incorporate a second policy ask that will focus on access to savings and wealth. 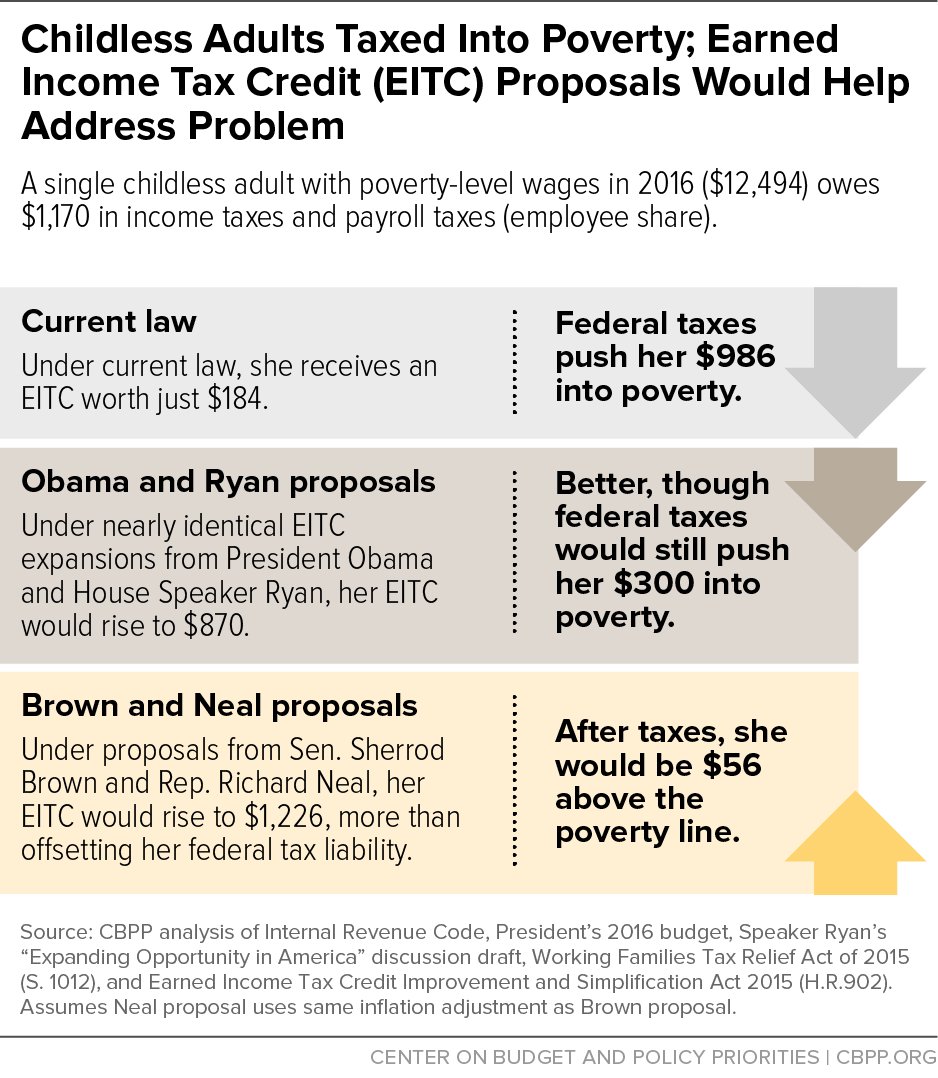 This month we will build on the momentum of last year’s tax deal by pushing Congress to expand the EITC. The proposal by President Obama and House Speaker Paul Ryan (R-WI) is an important first step towards ensuring that the federal tax code taxes no childless workers into poverty. Last year many RESULTS volunteers worked to build support for the EITC by urging their senators to cosponsor S. 1012 and representatives to cosponsor H.R. 902, which include a more robust expansion of EITC that ensures no workers are taxed into poverty (right).

In face-to-face meetings at home, letters, calls to tax aides, and by engaging your action network to send emails using our online action, we’ll build support for the ultimate goal: a tax code that ensures no American is taxed into poverty.  You can find contact information and the names of the Washington DC tax aides and schedulers on our Elected Officials page (under “Staff”), Once you get a lobby meeting scheduled or know you will attend a town hall meeting, contact Meredith Dodson ([email protected]) for coaching, use our updated tax credits laser talk and U.S. Poverty Lobby Request as you prepare, and don't forget to bring copies of media you have generated!