RESULTS Partners Take on the Hill! 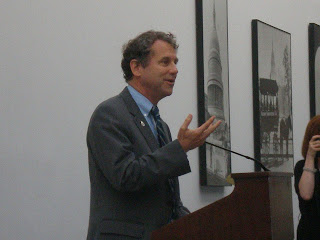 The day traditionally starts with a breakfast on the Hill. This morning, RESULTS volunteers and staff gathered at the Hart Office Building in a room with a sweeping view of the Capitol dome and the Washington Monument. There they were addressed first by Senator Sherrod Brown (D-OH), a longtime ally on such issues as global TB and providing health care for all Americans. He praised RESULTS activists in particular for their dedication to fighting poverty. “There’s no other group out there that does what you do,” he said. “You work for something much bigger than yourselves.” 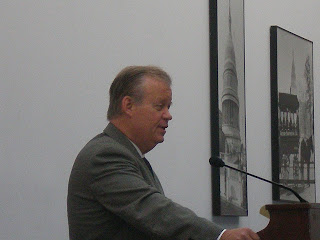 The group also heard from Ambassador Tony Hall, who had previously served as a representative from Ohio for 20 years before being named the ambassador to the United Nations Food and Agriculture Organization. His involvement in global hunger issues goes back to the mid-1980s, when he was the first American member of Congress to visit Ethiopia in the midst of a devastating famine. His commitment to ending world hunger continued into the early 1990s, when he protested the abolishment of the House Select Committee on Hunger by fasting for 22 days. His efforts caught the attention of the World Bank, which provided $100 million to fund hunger projects.

Ambassador Hall said that his experiences affirmed his faith in the ability for a small number of people to bring about significant change. As the RESULTS volunteers prepared to go meet their elected officials, he encouraged them not to be afraid of taking them to task. “If they’ve let you down, tell politicians you’re disappointed in them,” he said. “This scares politicians.”

“You’re here because you love this issue,” he added. “Your love will show forth. Don’t let them get away with anything.”